The singer was spotted stepping out into the London sunshine…

The 30 year old star showed off her skinny bod in fitted jeans and a floaty white vest teamed with red pumps – working that casual summer look!

Earlier this week, Sarah was spotted partying it up in Ibiza sporting a sizzling bikini and showing off that toned belly of hers. She’s now swapped the beaches for her swanky Primrose Hill home once more though, as the band member prepares to reunite with the rest of Girls Aloud to celebrate their 10th anniversary.

The girl group previously promised fans they will reform at the end of 2012 to celebrate their 10 year career milestone but according to Sarah nothing has yet been decided.

”It’s magic. We just talk about funny stuff that used to happen to us and have a giggle about things we’ve experienced,” she told Look magazine.

”It was a great time and we’re all nostalgic. We’re like sisters because we worked together 24/7 when we were promoting or in the studio. But it’s quite nice to have a break, otherwise you can have too much of a good thing.”

We can’t wait to see Girls Aloud back together. Can you? 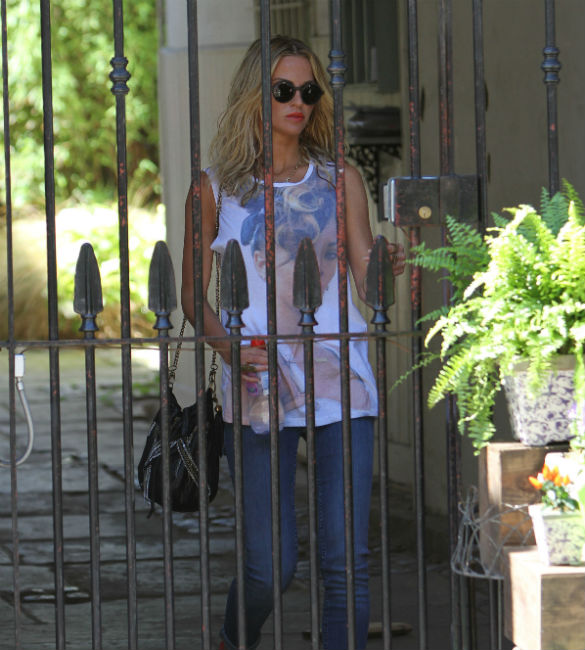 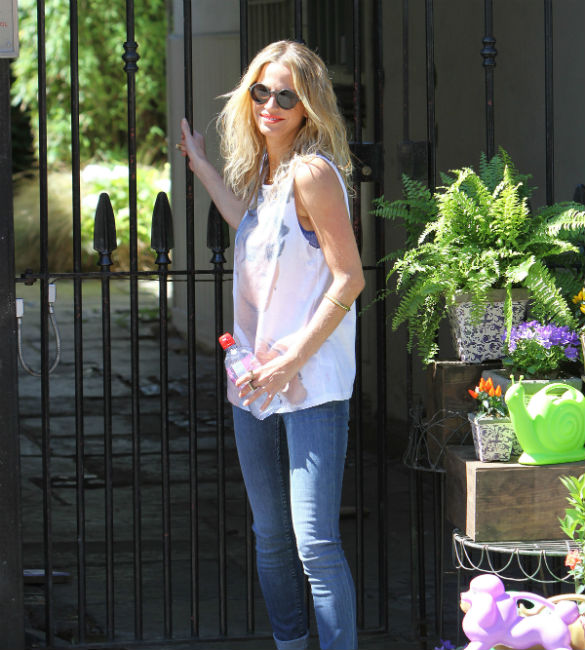 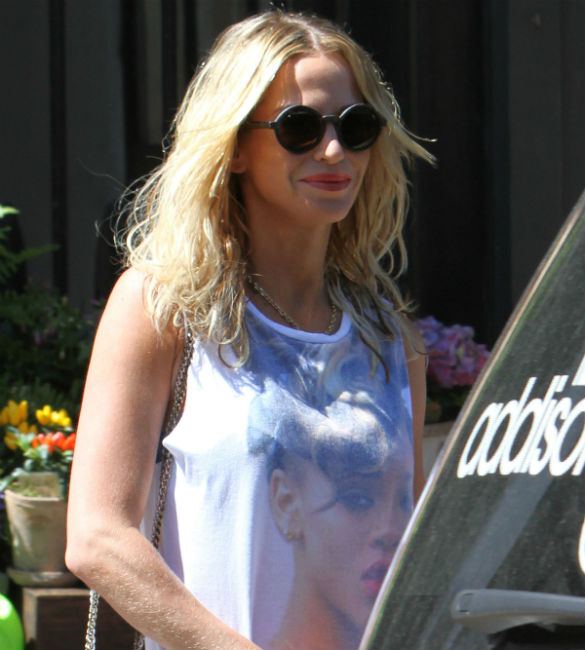