Microblogging sensation Twitter is expected to rake in $150 million in advertising revenue this year, according to a study published Monday. 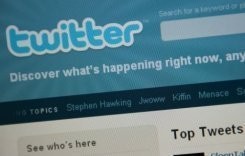 The study, by digital research firm eMarketer, said ad spending on Twitter in 2010 was an estimated $45 million, would rise to $150 million this year and could reach $250 million by 2012.

“One reason for the dramatic growth forecast this year is the upcoming launch of a self-serve ad platform,” such as that used by Google and Facebook, eMarketer said.

“Twitter is poised to go after the same performance advertising business that has funded much of Facebook’s growth,” said eMarketer principal analyst Debra Aho Williamson.

“If Twitter can grow its user base and convince marketers of its value as a go-to secondary player to Facebook, it will succeed in gaining revenue.”

“It’s a big enough business for us to be an independent company,” he said.

Costolo also said that Twitter, which has fended off several buyers, intends to remain an independent company and is not considering going public.

Twitter last month received an injection of $200 million in funding from investors to help fuel its growth, reportedly giving the San Francisco-based company a valuation of $3.7 billion.

“Our business plan is to continue to raise money,” Costolo joked.