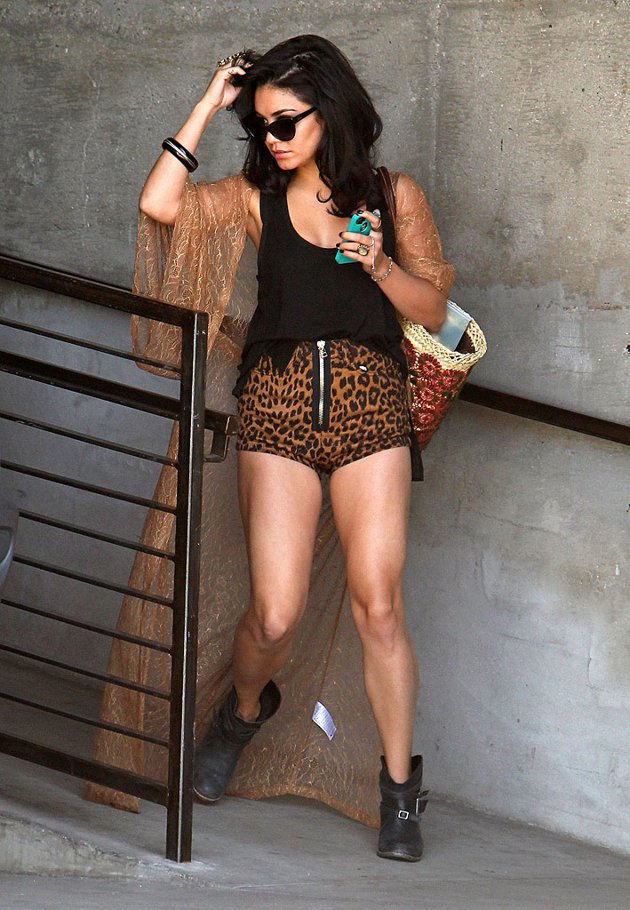 Vanessa Hudgens was spotted in spots as she exited a studio in Hollywood on Wednesday afternoon. Unfortunately, the former “High School Musical” hottie’s hot pants were far from heat-seeking. Thanks to an abnormally-high waist, cheesy cheetah print, and zippered fly, Van’s shorts resembled ferocious granny panties. A melodramatic pose, gold curtain panel/cape, and “Look at me; I’m a bad girl” boots rounded out her ridiculous look. (8/1/2012) 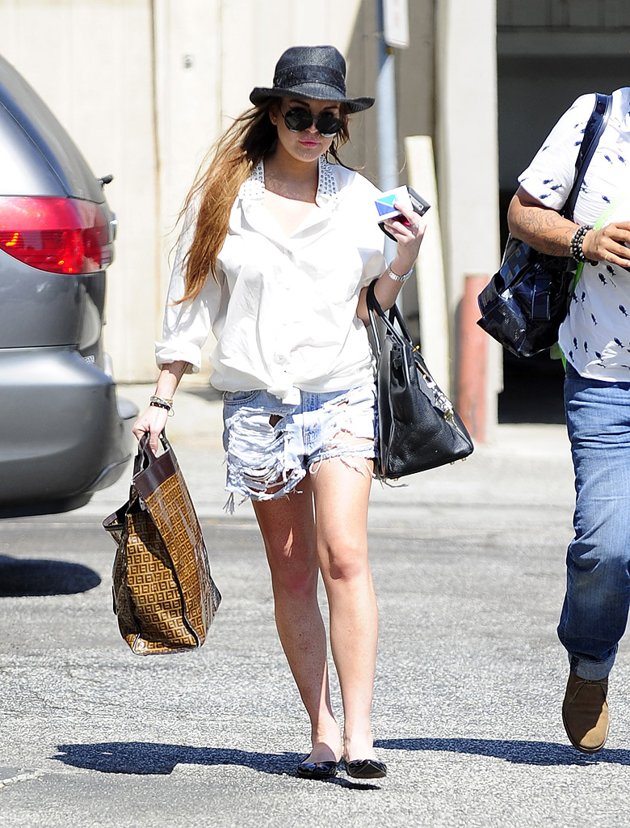 Speaking of unsightly shorts, check out the ravaged denim pair Lindsay Lohan recently donned during a shopping excursion to XIV Karats in Beverly Hills. In addition to a few handbags and over-sized shades, the troubled starlet accessorized with a crumpled chapeau and pack of her beloved Parliament Lights. (8/1/2012) 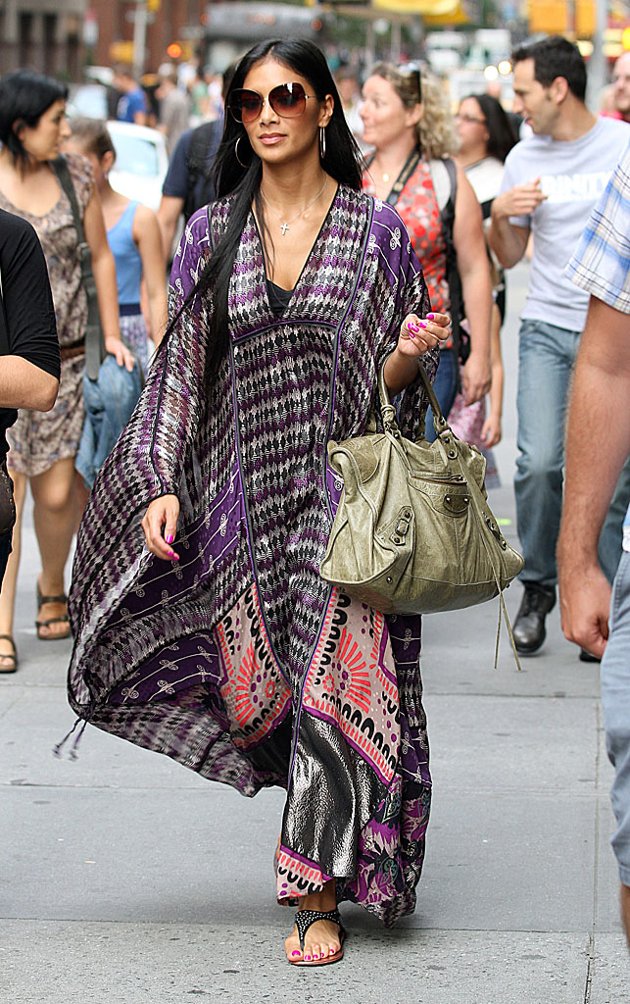 Perhaps it’s just us, but we think former Pussycat Dolls lead singer Nicole Scherzinger is far too sexy to be seen in public swimming in this tent-sized debacle of a dress. Discuss! (7/31/2012) 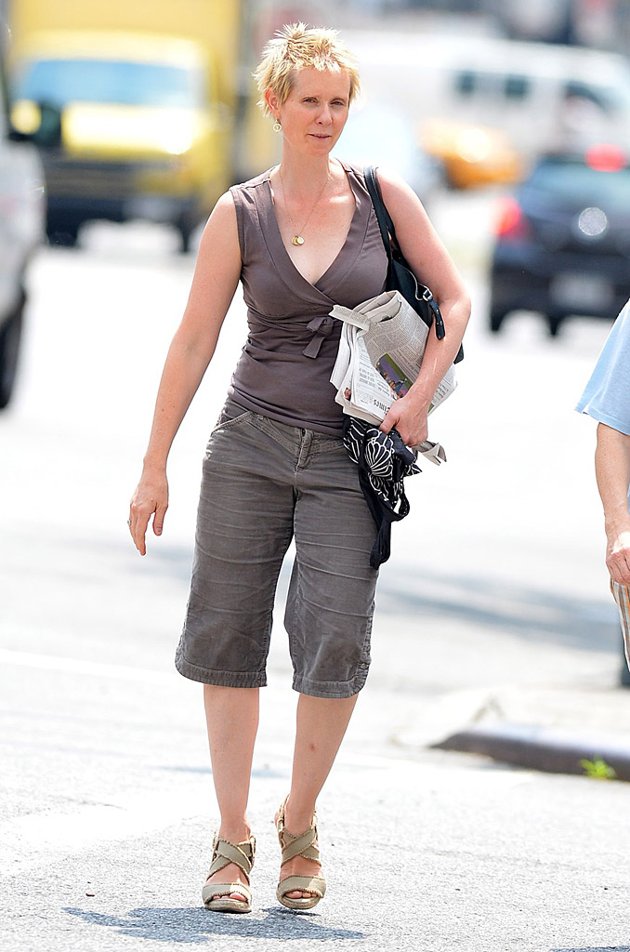 Remember when Cynthia Nixon was a sharp-dressed redhead who stomped through the streets of NYC in luxurious designer clothing as one of “Sex and the City’s” fab four? Needless to say, those days are over. (7/30/2012) 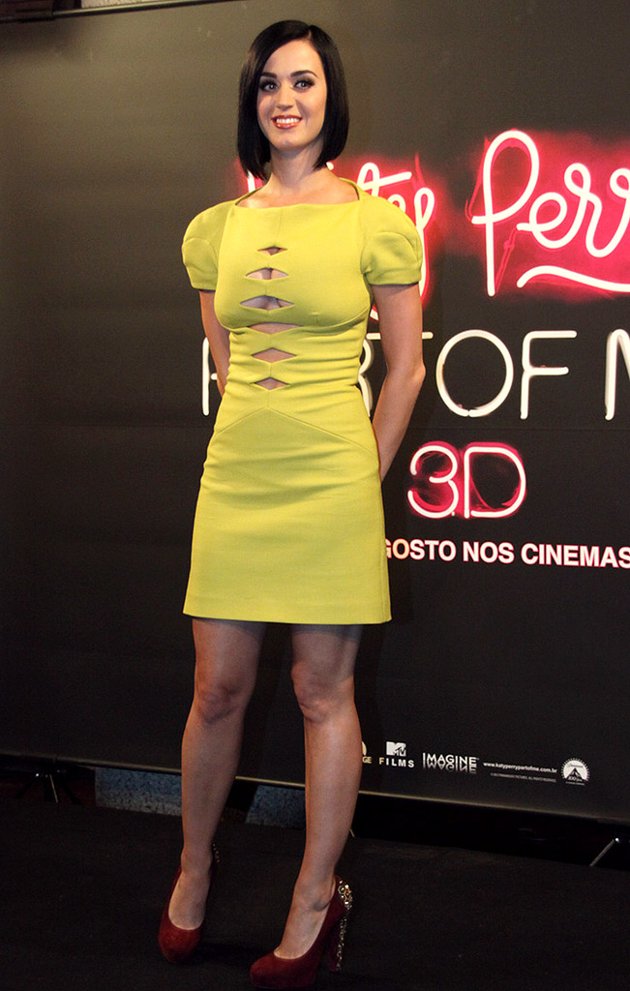 The canary color of this Versus dress — worn by Katy Perry to the “Part of Me” movie premiere in Rio de Janeiro — was spot on. Unfortunately, the frock’s diamond-shaped cut-outs exposed a bit too much of her bust, taking the garment from trendy to tacky. (7/30/2012) 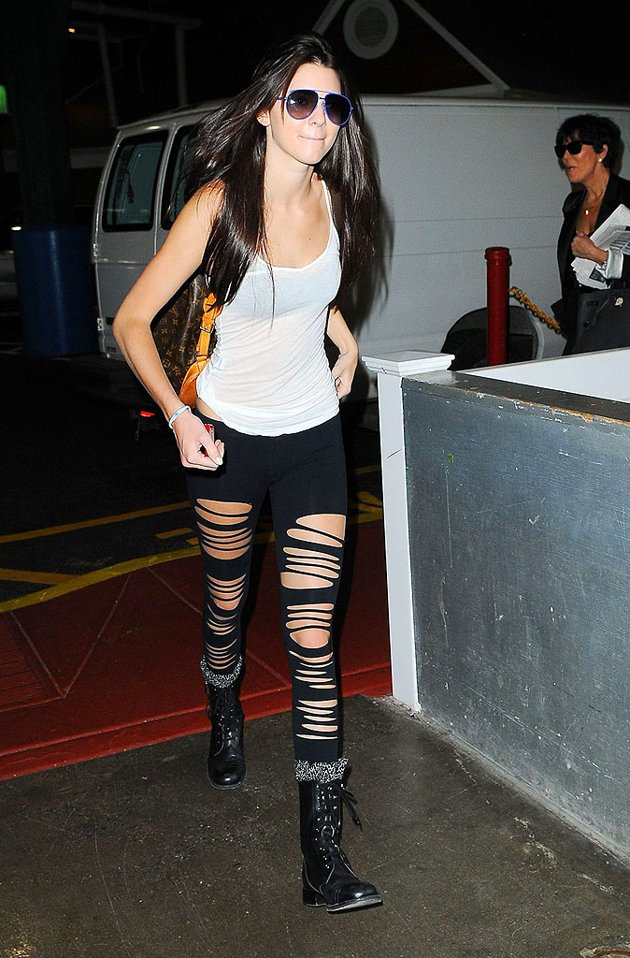 Kris Jenner is a brilliant businesswoman, who has taken her family’s lack of talent and turned them into global brands. Sadly, we’ll give her credit for that. What we won’t give her props for is the outfit she allowed her 16-year-old daughter, Kendall, to wear while the two went on a shopping spree in NYC on Tuesday. Then again, Kendall’s half sister, Kim Kardashian, made a name for herself by flashing some skin in a homemade movie with Ray J back in the day. (7/31/2012) 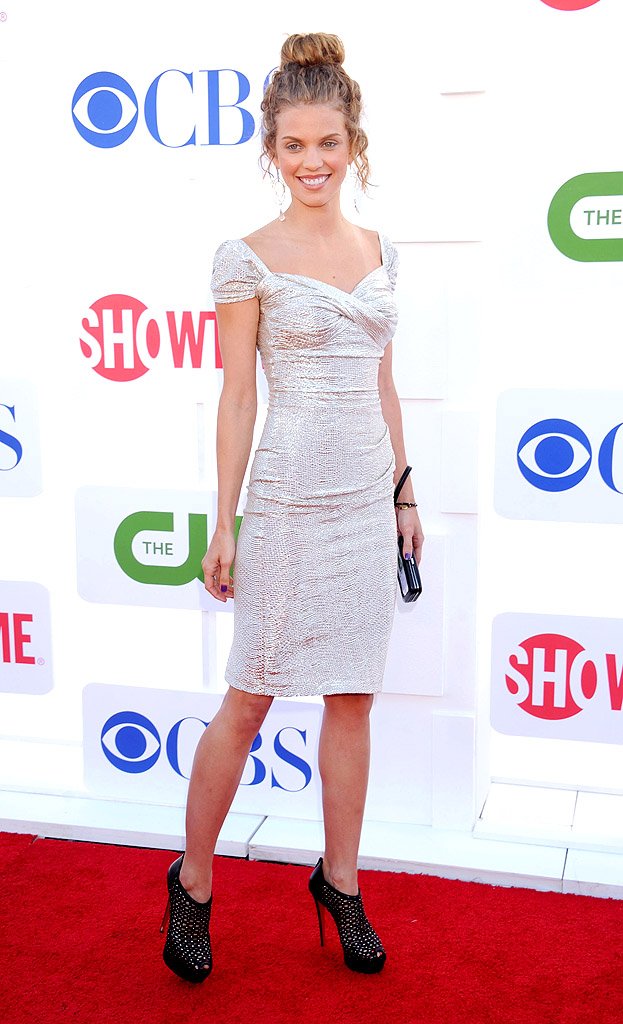 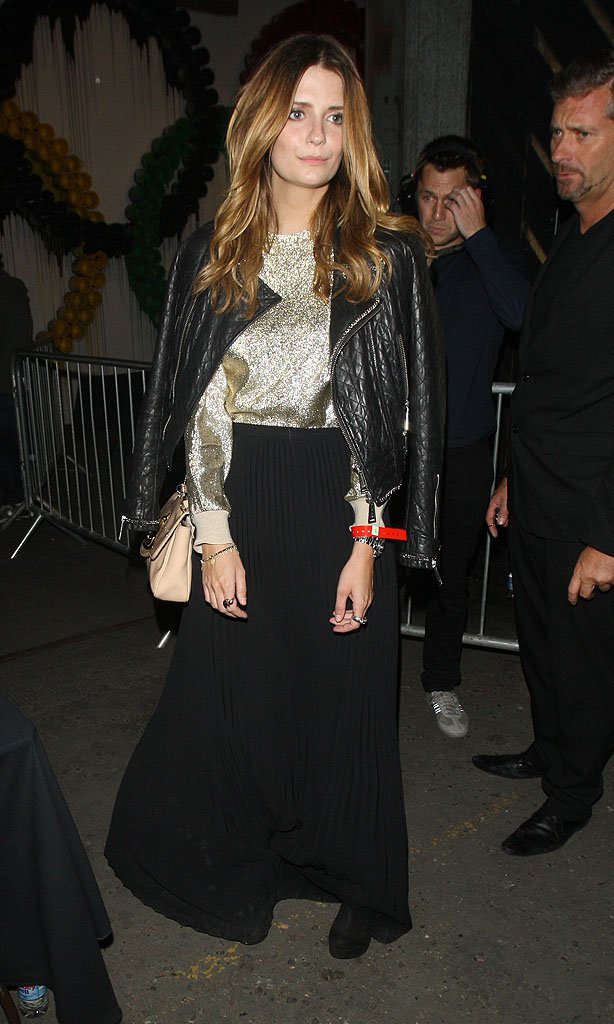 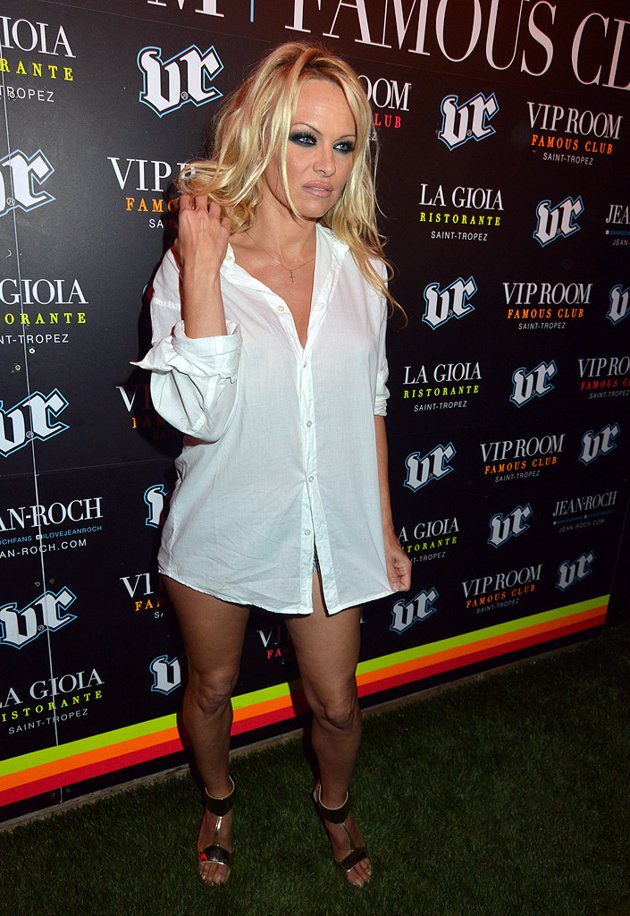 And last but not least we have former “Baywatch” babe Pam Anderson … sans pants … again. When will she learn that a button-down shirt does not a dress make? We already know the answer: never! (7/31/2012)