Featuring interviews with Didier Drogba, Salomon Kalou and coach Sabri Lamouchi, this preview looks at Côte d’Ivoire’s FIFA World Cup history, their qualification for Brazil 2014 and what to expect from the flamboyant Ivorian side (4:15) in Group C against Japan, Colombia and Greece. 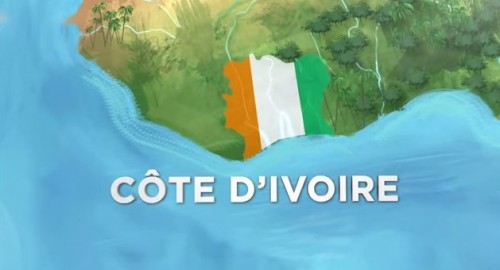 Profile:
How they qualified
Côte d’Ivoire breezed through their opening qualifying group with four wins from their six matches. They scored 15 goals to five conceded, and their only dropped points came from two draws against their biggest rivals Morocco. Their home-and-away play-off was much trickier however as a resurgent Senegal stood in their way. For the final quarter of an hour of the second leg, the Senegalese were one goal away from knocking out the Elephants on away goals at 3-2 aggregate, but Salomon Kalou’s late goal settled the tie and sent the Ivorians into their third consecutive World Cup finals.

FIFA World Cup finals history
Côte d’Ivoire have never made it past the group stage of a FIFA World Cup finals, but it is perhaps worth pointing out that the draw has never been particularly kind to them. For their debut appearance in 2006, the Elephants shared Group C with Argentina, Netherlands and Serbia and Montenegro. They finished third in the pool, just as they did in South Africa four years later, when they were drawn alongside Brazil, Portugal and Korea DPR.

The key players
Côte d’Ivoire boast some of the greatest individual talents in Africa. Forwards Drogba and Salomon Kalou are a formidable front pair, while midfield duo Didier Zokora and Yaya Toure perform key ball-winning duties in the middle of the park. Explosive winger Gervinho supplies service from both flanks, with Emmanuel Eboue and Kolo Toure providing a wealth of experience at the back.