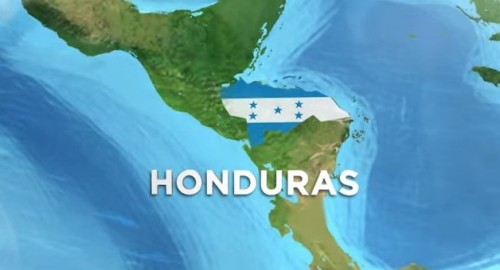 Profile:
How they qualified
Following their group-phase exit at South Africa 2010 and the departure of coach Reinaldo Rueda, La H went through a rocky period. The appointment of Luis Fernando Suarez in March 2011 brought stability to the national set-up, however, with the new coach also working hard with Honduras’ youth sides, steering the U-23s to the quarter-finals of the Men’s Olympic Football Tournament London 2012.

Having gauged the quality of the country’s new generation, Suarez set about rejuvenating the full national team, giving it fresh impetus by drafting in a clutch of promising youngsters. The result was a convincing performance in Round 3 of the CONCACAF preliminaries, with Los Catrachos topping their group on goal difference from Panama to knock out Canada and Cuba.

They went on to take the third and last direct qualifying slot in the final six-team phase, an achievement made possible by their form at home, where they dropped just four points, and an era-defining defeat of Mexico at their Azteca fortress in September 2013.

FIFA World Cup finals history
Upon making their first FIFA World Cup return in nearly three decades, Honduras were faced with tough group adversaries in South Africa, including eventual World Champions Spain. The Hondurans opened the tournament with a 1-0 loss to Chile, and soon became the ill-fated team to first encounter the wrath of tournament top-scorer David Villa, who grabbed both goals in Spain’s 2-0 win. In their only other FIFA World Cup appearance, Jose de La Paz held the coaching reins and steered Honduras to a surprising opening 1-1 draw with Spain, the 1982 tournament’s hosts, and followed up that account with the same scoreline against Northern Ireland. Their campaign was cut short, however, at the group stage after Yugoslavia beat Los Catrachos 1-0 thanks to a late goal.

The key players
Left-back Emilio Izaguirre was the find of the 2010/11 season for Celtic – named Scottish Premier League Player of the Year – and is a key force within Honduras’s respectable backline. He is helped by captain and goalkeeper Noel Valladares who, despite a shy off-the-field personality, played an instrumental role in Honduras’s qualification for South Africa 2010 and their deep run at the latest instalment of the Gold Cup. Wilson Palacios, one of the more recognisable faces of Honduran football playing for Stoke City, is also a crucial piece of the Honduran puzzle.

The front line have been doing their bit too, where old hand Carlo Costly has impressed alongside rising star Jerry Bengtson, who burst on to the international scene at London 2012 and top-scored for La H in the qualifiers with nine goals.