Featuring interviews with Ashkan Dejagah, Reza Ghoochannejhad and coach Carlos Queiroz, this preview looks at the Iran’s FIFA World Cup history (2:25) and what to expect from the talented Iranians (9:37) in Group F against Nigeria, Argentina and Bosnia and Herzegovina. 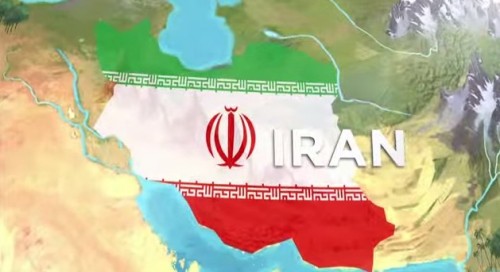 Profile:
How they qualified
Under former Portugal coach Carlos Queiroz’s watch, Iran opened the preliminary competition brightly, scoring five unanswered goals past Maldives to progress. And Team Melli were met with little challenge in the next phase, maintaining their undefeated run as they finished section winners with three wins and three draws.

However, despite logging an average of nearly three goals per match in the previous round,the fourth round proved to be more difficult for the strongly favoured Iranians. They found the net just twice in the opening five matches during which they lost twice and drew once to see their campaign in jeopardy. With so much at stake, Queiroz’s side rose to the occasion to see off both Qatar and Lebanon, before overcoming hosts Korea Republic 1-0 in the round’s final match to seal their return to the FIFA World Cup.

FIFA World Cup finals history
Despite their presence within Asia, Iran have so far been unable to progress beyond the group phase at the FIFA World Cup. They finished their debut campaign with a point, courtesy of a 1-1 draw against Scotland. But their first win came in the second appearance when a golden generation, boasting the likes of Ali Daei, Karim Bagheri and Mehdi Mahdavikia, came up with a memorable 2-1 defeat of USA. Their last participation at Germany 2006 saw them head home with a point after a 1-1 draw against debutants Angola.

The key players
Filling the void left by Mahdavikia is captain Javad Nekounam, who has quickly established his place as the team’s talisman. Aside from providing leadership, the skipper provides creativity alongside former Osasuna team-mate Masoud Shojaei. Belgium-based striker Reza Ghoochannejhad stands out among the emerging generation, while Fulham man Ashkan Dejagah shores up the midfield alongside Andranik Teymourian.