Featuring interviews with John Obi Mikel, Victor Moses and coach Stephen Keshi, this preview examines what to expect from the African champions (5:27) in Group F against Iran, Bosnia-Herzegovina and Argentina and looks at Nigeria’s FIFA World Cup history (7:36). 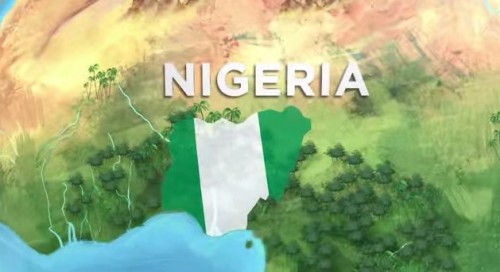 Profile:
How they qualified
Drawn in Group F with Malawi, Kenya and Namibia, the Nigerians were always massive favourites to reach the final play-off round of qualifying, and they did not lose any matches in the group stage. They did draw three times, once against each opponent, with the most worrying result a 1-1 at home to Kenya when only a second half injury time goal by Nnamdi Oduamadi won the point. Once in the two-legged play-off, the Eagles drew the lowest-ranked team in Ethiopia and despite the improvement of the east Africans, Nigeria were seldom threatened in winning away 2-1 and at home 2-0.
FIFA World Cup finals history
After impressing on their way to the second round in each of their first two FIFA World Cup appearances, 1994 and 1998, Nigeria have struggled since: going out at the group stage three times while taking just two points from their last eight matches in the finals. A muddled South Africa 2010 campaign under Lars Lagerback did little to bolster Nigeria’s reputation, but Brazil 2014 offers another chance for the reigning African champions to soar.

The key players
Coach Stephen Keshi has earned a reputation as a no-nonsense boss who is not afraid to choose in-form domestic players at the expense of more well-known stars, and that policy paid handsome dividends as Nigeria won the 2013 edition of the CAF Africa Cup of Nations. Keshi has kept a relatively stable spine of the team since then, with Chelsea’s John Obi Mikel leaving his mixed past with the Eagles behind to become the lynchpin of the side. In goal, Vincent Enyeama is an important veteran, while Victor Moses, Ahmed Musa and Emmanuel Emenike are key parts of a deep attack.