Featuring interviews with Roman Shirokov, Igor Akinfeev and coach Fabio Capello, this preview looks at Russia’s FIFA World Cup history (2:18) and what to expect from the powerful Russians (6:28) in Group H against Korea Republic, Belgium and Algeria. 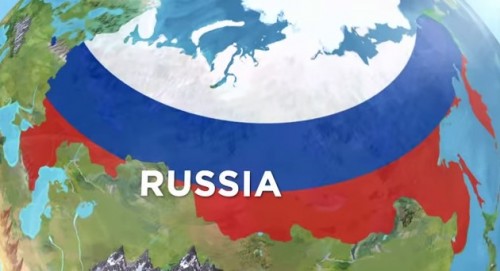 Profile:
How they qualified
Drawn alongside Portugal, Russia were not favourites to win Group F and earn direct passage to Brazil 2014. Expectations soon shifted after a perfect start to their campaign, as the Russians kicked off with wins over Northern Ireland and Israel. Having set the tone, Fabio Capello’s side then revealed their ambitions by beating the Portuguese in Moscow courtesy of a solitary Alexander Kerzhakov goal.

A narrow 1-0 defeat of Azerbaijan made it four wins out of four, at which point the Russians stumbled, losing to Portugal away and then going down unexpectedly to the Northern Irish in a fixture that had to be rescheduled due to bad weather. With the Portuguese breathing down their necks, Capello’s charges had no option but to react, which they did, sandwiching a home win over Israel with two defeats of Luxembourg. That run that left them needing only a draw away to the Azeris to book their return to the world finals, a result they duly secured.

FIFA World Cup finals history
Russia reached the quarter-finals at Sweden 1958, Chile 1962 and Mexico 1970. In the former two tournaments, they were eliminated by the hosts, while Uruguay were accountable for their exit after extra time in Mexico City. The Eastern Europeans went one better at England 1966, when, inspired by goalkeeper Lev Yashin and forward Igor Chislenko, they topped their group and edged a formidable Hungary, before losing 2-1 to both West Germany in the semis and Portugal in the play-off for third place.

First-phase elimination befell the Russians in the last two appearances at the FIFA World Cup, at USA 1994 and Korea/Japan 2002, though they made their mark in the States with a crushing 6-1 defeat of Cameroon, a match in which Oleg Salenko scored five goals en route to ending the tournament as joint leading marksman. Russia then failed to reach Germany 2006 and South Africa 2010, the second of those campaigns ending in frustration in the play-offs, where they were beaten by Slovenia.

The key players
This latest Russian side is built on solid defensive foundations. Goalkeeper Igor Akinfeev did not miss a single minute of the qualifying competition and conceded just five goals during the course of it, while Sergey Ignashevich marshalled the defence with aplomb. Yet Fabio Capello’s most prized assets can be found in what is a technically gifted and astute midfield unit, where Roman Shirokov and Victor Fayzulin have continued to hone the partnership they have forged at Zenit St Petersburg, scoring six goals between them in the qualifiers.
Perhaps not surprisingly, the team’s top scorer was Kerzhakov. Though not always a starter, the Zenit striker helped himself to five goals during the campaign, the most important of them being that winner against the Portuguese. A lethal finisher, the former Sevilla man could wreak havoc in Brazil.